Johannes Wildner studied conducting, violin and musicology in Vienna and in Italy and is today one of the leading Austrian conductors of his generation. His time as a member of the Vienna Philharmonic and the Vienna State Opera Orchestra had a lasting influence on his conducting style and music-making.

Johannes Wildner has recorded more than 100 CDs, DVDs and videos, including the complete recordings of "Die Fledermaus", live recordings of "Carmen", "Nozze di Figaro" and "Così fan tutte", as well as the 3rd and 9th symphonies by Anton Bruckner. Symphonies by Anton Bruckner, the complete works for piano and orchestra by Robert Schumann with pianist Lev Vinocour, Beethoven's Violin Concerto (soloist: Alexandre Da Costa) and 7th Symphony with the Taipei Symphony Orchestra, as well as works by forgotten composers such as d'Erlanger and Braunfels with the BBC Concert Orchestra. 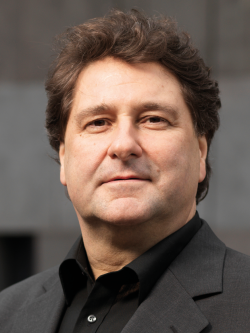 Vienna, with its strong tension between tradition and innovative forces, had a lasting influence on Ernst Kovacic. This influence is palpable in his awareness of form, his musical interpretation and his vision of sound.

As a violinist, conductor, chamber musician and teacher, but also as a programme and festival curator, he mediates between old and new, between composers and listeners. He sensibly combines traditional virtues of music-making with the playing techniques and sound possibilities of New Music; and tries to open up traditional listening habits to the "unheard" through new ways of mediation ...

As a conductor, he has worked with many chamber orchestras and ensembles, including the Deutsche Kammerphilharmonie, the Camerata Salzburg, the Stuttgart Chamber Orchestra, St.Paul Chamberorchestra, Norwegian Chamberorchestra, klangforum wien, the English - and Scottish Chamberorchestras, Esbjerg Ensemble, London Sinfonietta, Trondheim Soloists, Ensemble modern etc.

He is a member of the "Zebra Trio" with Steve Dann and Anssi Karttunen and curates the "brücken Festival" of the kunsthaus mürz and the "LEO Festival" in Wroclaw.

Since 2018, he has created the series "Kovacic's Discoveries" on Radio Österreich 1. Born in the Republic of Moldova, Rusanda Panfili used her authenticity, passion and proud Eastern European heritage to become one of Europe’s most recognisable and prominent classical musicians. Currently living in Vienna, she has been playing the violin for 27 years, but is as well a singer, multi-instrumentalist of various percussive instruments, e-bass, numerous string instruments and Synthesizers.

Rusanda had her solo debut to the “Conservatory of Music in Vienna” at the age of 11, as one of the youngest students in the history of the institution. Rusanda had her solo debut with orchestra at the age of 13 and has performed numerous classical concerts with international orchestras such as the South Denmark Philharmonic, Palermo Classica Orchestra, Dresdner Staatskapelle, TeleRadio Orchestra, RSO Vienna, Grossetto Symphony Orchestra, Symphonic Orchestra of Mexico or OrquestraVigo 420.

Rusanda performed as a soloist in prestigious festivals such as the Trans-Siberian Festival, Palermo Classica Festival, Verbier Festival, Schwäbischer Frühling and in the ﬁnest concert halls such as the Musikverein and Konzerthaus in Vienna, the Atheneum in Bukarest or the Teatro Real in Madrid.

Rusanda is working closely and is being supported by various international companies such as Meinl Percussion, Gewa, Strymon Engineering, Larsen Strings, Merging, Remic Microphones and SE Electronics. For the last couple of years, she has been playing a sensational violin, created by Giovanni Paolo Maggini in 1610, loaned to her by a private Austrian foundation.

Through her collaboration with Hans Zimmer, Rusanda performed over 150 concerts in the largest Concert Arenas World-Wide such as the O2 in London or the Olymiahalle in Munich at the “Hans Zimmer Live” and “The World of Hans Zimmer” world tours, side by side with musicians such as Guthrie Govan, Lisa Gerard, and Lebo M.

With a view count of over 14 million on her Youtube channel, Rusanda is actively promoting her music to a growing fanbase of 200.000 people worldwide. She is also actively involved in supporting the charity organisation “CCF/HHC Moldova”, which helps orphaned Moldovan children and poor families in need.

From her private recording studio in Austria, Rusanda collaborates with various Hollywood movie productions, records remotely for international artists, composes and produces her own music. Reinhold Rieger was born in the Black Forest/Germany and grew up in Cologne.

He studied viola in Cologne and Brussels with Corneel Gérard Ruymen and then at the University of Music in Vienna with Siegfried Führlinger. He graduated with a concert diploma and Magister artium.

His professional career took him to almost all Viennese orchestras. Since 1990 he has led a viola class at the University of Music and Performing Arts in Vienna. His versatility is evident, among other things, in his literary activities with the publication of "Norbert Brainin - Vom Geist der Musik - Ein Leben im Amadeus Quartett", as a recording supervisor for CD productions and as a cultural advisor to the EU.

Reinhold Rieger has received numerous awards and honours, including the Knight's Cross of the Federal Republic of Germany and the Commander's Cross of the Order of Knighthood of the Spanish King Juan Carlo I. 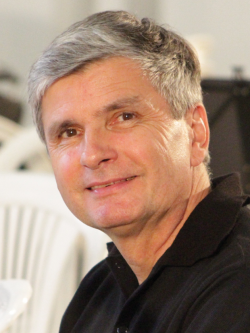 The cellist Teodora Miteva was born in Ruse, Bulgaria. She studied at the Vienna University of Music in the cello class of Prof. Valentin Erben (Alban Berg Quartet) and worked with many of the greatest cellists of our time such as Mstislav Rostropovich, David Geringas, Harvey Shapiro and Arto Noras.

As soloist of several orchestras and laureate of several international competitions she has performed worldwide.

As part of the Haydn Year, she performed Haydn's Cello Concerto in C major in the Brahms Hall and the Golden Hall of the Vienna Musikverein under the direction of Christian Schultz and András Deák.

She has released several CDs with artists such as Peter Schmidl (Vienna Philharmonic) and with her ensemble Trio d'Ante with excellent response from the Austrian media and the international press.

Further invitations followed to important festivals such as the Chopin Festival in Flagey, Belgium, Festival de Musique de Menton in France and to the Palais des Beaux-Arts in Brussels.

Teodora Miteva has performed on stage with numerous artists such as Erwin Schrott, Rusanda Panfili, Erwin Kiennast, Arnoldo Moreno, Thomas Rabitsch and many more, not only in the field of classical music but also in other genres such as jazz, tango, world music and cross over.

With the international formation Panfili & Friends she has played concerts in Vienna's Musikverein and Atheneum in Bucharest, among others, and recorded film music for Hans Zimmer and DreamWorks.

She plays an instrument by Honoré Derazay , Paris 1860. 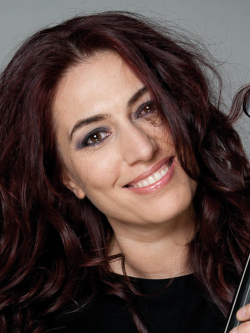 She studied bassoon, piano and musicology in her hometown, Seville.

In 2014 she completed her bachelor's degree (bassoon) with Prof. Michael Werba, former soloist of the Vienna Philharmonic Orchestra, at the Music and Arts University of the City of Vienna (MUK), and also with Álvaro Prieto Pérez (Real Orquesta Sinfónica de Sevilla), at the Conservatorio Superior de Música in Seville. At the same time, she trained at the Academy of Orchestral Studies of the Barenboim-Said Foundation with Holger Straube, principal bassoonist of the Staatskapelle Berlin.

In 2017, she completed her master's degree (bassoon) with distinction with Prof. Michael Werba at the Musik und Kunst Privatuniversität der Stadt Wien (MUK).

She has performed with world-class conductors such as Daniel Barenboim, Manuel Hernández-Silva, Arturo Tamayo and Yaron Traub, and has appeared on major stages such as Tokyo Opera City, Osaka Symphony Hall, Seoul Arts Center, Moscow International House of Music, on tour in Japan, Korea, China, Russia and Ukraine and at Theater Akzent, MuTh Theater and Musikverein in Vienna.

She also experimented with the fusion of bassoon and flamenco and created her own performance with several performances in Vienna. Former director and teacher of the Waidhofen/Ybbstal Music School Association.

From 2005 - 2019 managing chairman of the Vienna Johann Strauss Orchestra.

He has performed on numerous CD recordings, television recordings and documentaries.

Chairman of the association VIENNAHORNS.

Solo performances with the chamber orchestra Waidhofen an der Ybbs in Germany, Italy, Hungary and Austria.

Lecturer and juror at various seminars and competitions in all of Austria and South Tyrol.

Jury member at the auditions of the Vienna Jeunesse Orchestra. In 2017 he was musical assistant to Kent Nagano and maestro suggeritore at the Hamburg State Opera. One year later, he became a prize winner of the 8th competition for opera conductors "Luigi Mancinelli" in Orvieto/Italy and has since also been assistant to Prof. Johannes Wildner. He took over the musical direction of "Un Ballo in Maschera" at the Orvieto Opera House, as well as the rehearsal of "Cavalleria rusticana" and "Pagliacci" at the National Opera in Bucharest. Since 2018, he has been the study director and conductor of the Burg Gars Opera and guest conductor of the Orchestra Society of the Friends of Music in Vienna. With the ensemble he founded, "ensemble N", he is also increasingly devoting himself to contemporary music.

Recently Jon Svinghammar has worked with the Jeunesse and conducted concerts of the Youth Symphony Orchestra of Lower Austria and the Tyrolean Youth Orchestra.

His future plans include his debut in the Great Hall of the Vienna Musikverein with the Academic Philharmonic, concerts with his contemporary music ensemble as well as New Year's concerts with the Sonderjylland Symphony Orchestra in Denmark. 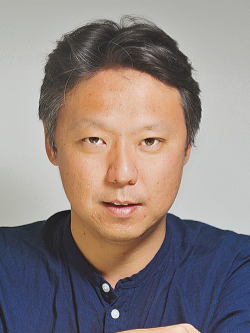